The Holy Monastery of Panagia Eikosifoinissas is one of the most important monasteries in Macedonia where today crowds of worshipers flock to embrace the impapable image. It’s one of the largest pilgrimages of Macedonia and is the oldest active monastery in Greece and Europe. 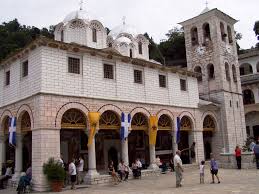 For the name of the monastery there are three versions:
1) Saint German, Founder of monastery, was a little oasis outside of the Monastery of St. John the Baptist in the Holy Land, where he had twenty (20) palm trees, there was instructed by the angel to Mary for the construction of the monastery and in memory location named “Panagia Eikosifoinissa.”
2) Kaisarios Dapontes, songwriter of the 18th century called it “Kossyfinitsa”, because according to tradition, a merle (blackbird) led Saint German at the point where the holy water gushes and gushes up today beneath the chapel of St. Barbara.
3) Chrisanthos abbot of the monastery in 1782, says that while St. Germain, after the construction of the monastery, seeking appropriate board to become the icon of the Virgin. She miraculously gave him until today the surviving image, which sparkled and was emitting “Phoenix”, ie reddish light. From that prevailed term “Eikosifoinissa” (Figure Phoenissae-Eikosifinissa). 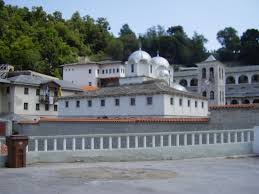 Until 1843 the school operated there, called “Of the common letters or Greek School”, which had a remarkable library with 1300 volumes of which 430 were manuscripts of great value. 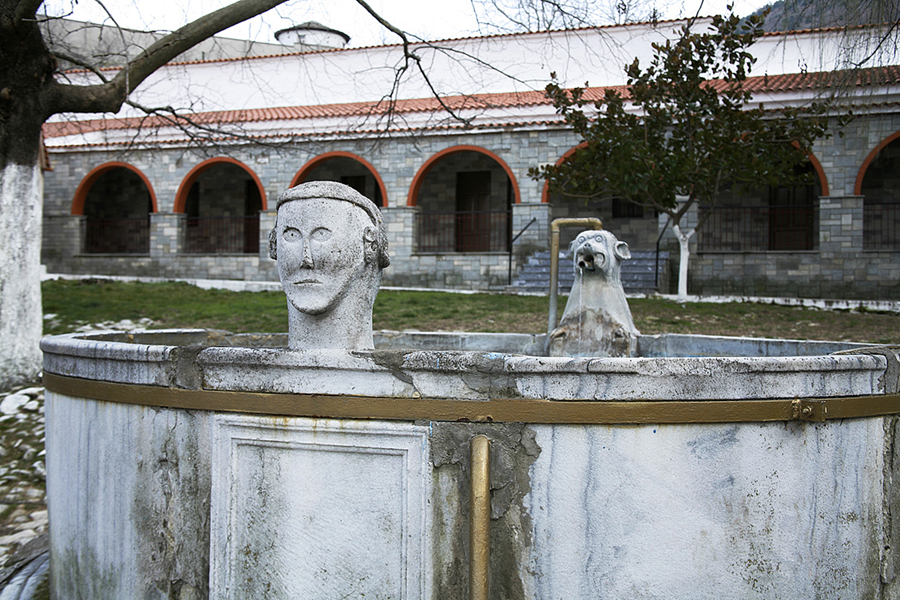 During the Ottoman period, the contribution of the monastery to the rescue and preservation of Orthodox and Hellenism was invaluable, while the historic route was destroyed many times by Turks and Bulgarians Raiders. 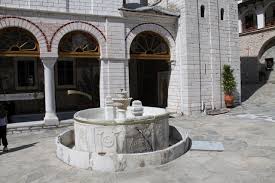 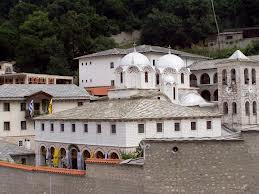 Another tradition states that in 1920 reached the mountain Paggaio three thousand (3,000) regular army Rosovoulgaroi to looting the impalpable image of the Virgin in Bulgaria.

Ringleaders were four officers, one of them dreamed of the Virgin and said:
“Are you going to take tomorrow morning my picture, don’t you dare call me from my position because your blood will be spilled on marble columns and or your boots with your pistol will become booty down to the Marble Church.” 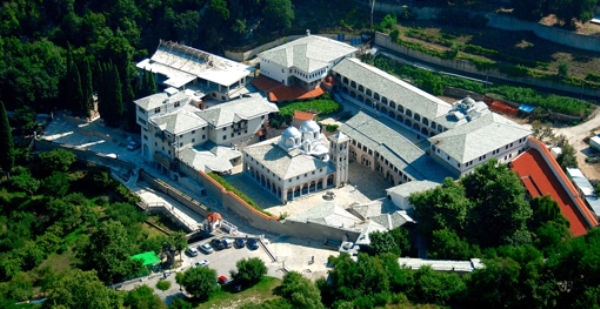 The officer told the Bulgarian dream the other three officers they did not believe him.

In the morning, when the ringleaders Bulgarian officer touched the miraculous icon of Our Lady, just an invisible force threw him violently to the marble columns left, broke his head and died. The blood, the boot, the pistol, were imprinted in marble of the Church and as the signs we see today. 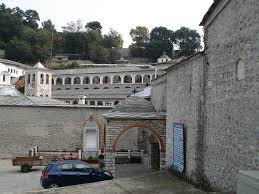 You can reach the monastery by car, follow the road from Kavala Nikissiani through Eleftheroupolis, or by bus to the Nikissiani and from there by taxi. As you make the route will apozimiothite by the beauty of nature and the green Kavala. 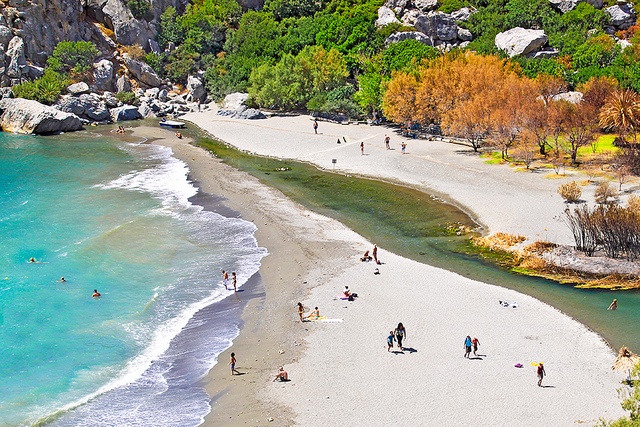 The Most Beautiful Monasteries Of Greece