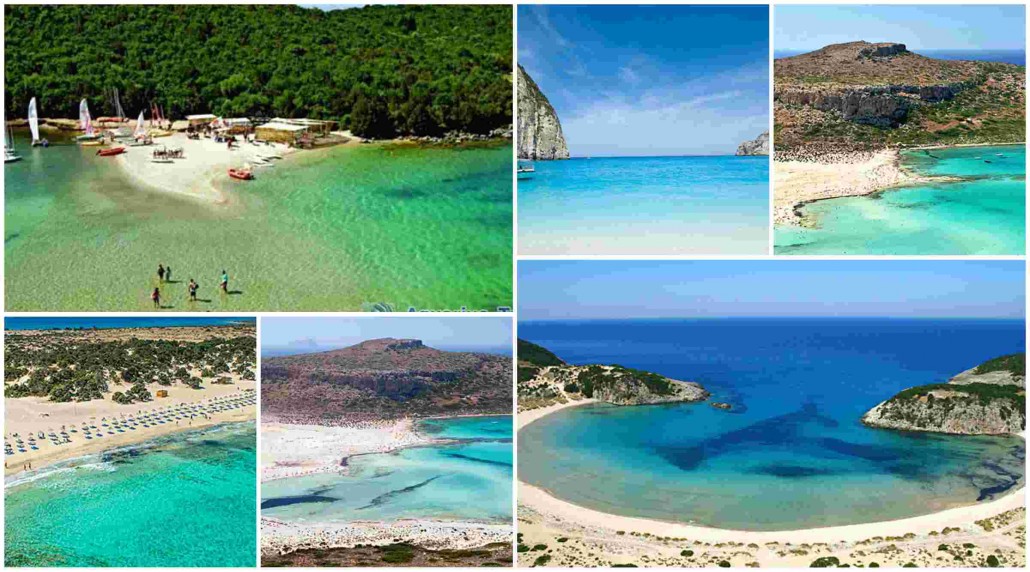 Turquoise waters, white sand, incredibly landscapes … No, we don’t describe a secret island in the Caribbean or the exotic beaches of the Indian Ocean. Its truth Mediterranean is not famous for the palm trees, and the rule for Aegean sea is the deep blue, not the absolute emerald, but the Greek coastline is not devoid of exotic beaches. Think Balos, for example: as many times you have seen it, still- first thought by seen photographs, and especially if the shot is from an unusual angle, it is closer to the Caribbean than to the Mediterranean. For argument’s sake, we gathered ten photographs of the most exotic Greek beaches, in an informal top of the endless turquoise … the Greek seas. 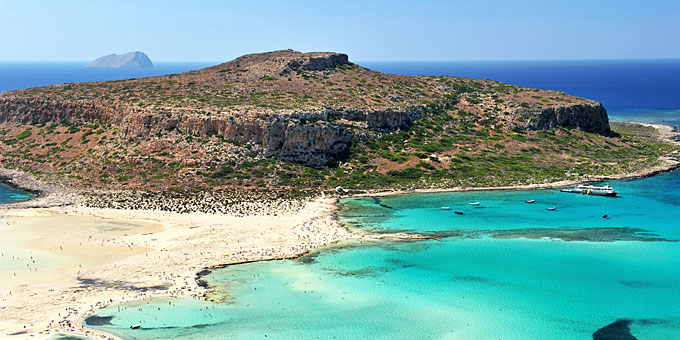 Pink sand and turquoise waters, so shallow that you can … walk into the water (not to exceed at any point in the height of your knee) to reach after about fifty meters, in an equally exotic island with soft white sand dunes up to which grow all white lilies. After all this, forgives even the incredible crowds. 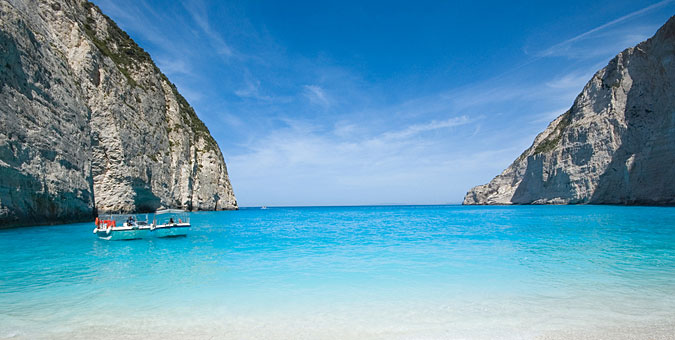 Perhaps the most photographed beach in Greece, has incredibly turquoise waters, white sand and huge rocks almost eerie to include. Wake up early, and come before 11.00, for two reasons: first, to avoid the crowds and secondly to see the beautiful colors created by the morning rays of the sun, those who see in the posters of travel agencies and think that it should be digitally processed. 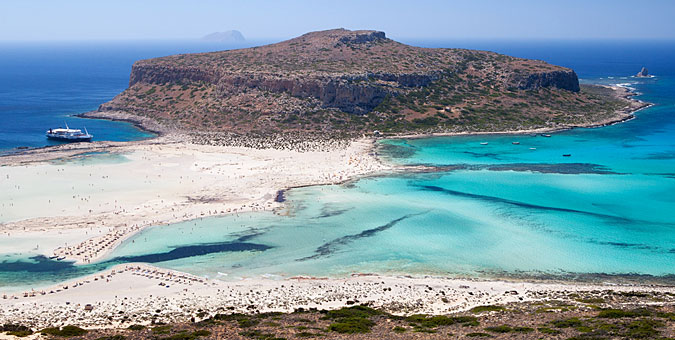 The lagoon of Balos, together with the islands of Gramvoussa was not random example in our introduction on exotic beaches in Greece: Shallow green waters, soft sand and exclusive access by boat from Kissamos for extra sensation … Robinson -which reduced by what the crowds who flock here. 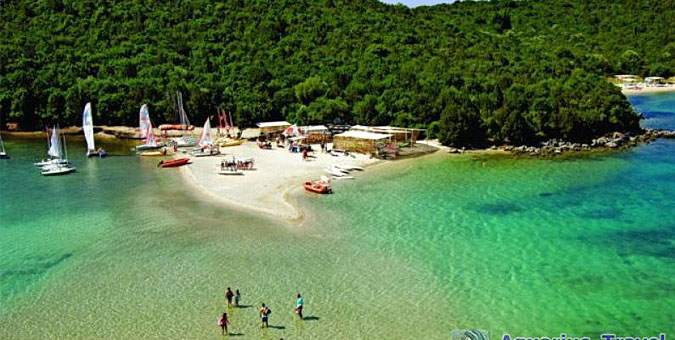 It is not one, but two beaches will almost touching each other, if not separated a narrow, perfectly turquoise sea lane. One is located in the continental part, just outside the village of Sivota, and the other, protruding as if stretched to meet her, is the beach of the small island that goes by the name Mourtemeno. Walk through the water, reaching barely to the knee, and you are in a paradise with soft pale sand and tufted trees that reach the sea. 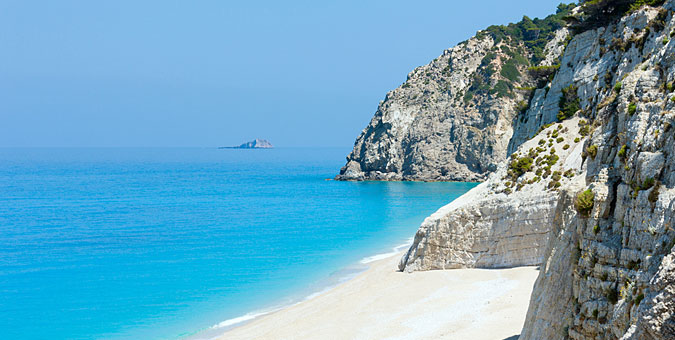 Think the ultimate turquoise. Good. Now remove sunbeds, umbrellas and crowds, and what do you have? Paradise on earth, or else Egremni. Two kilometers lovely, small pebbles that gently leads to water so turquoise that look fake, and extra bonus a spectacular sunset. Worth it and the three hundred–something steep by step to climb in return. 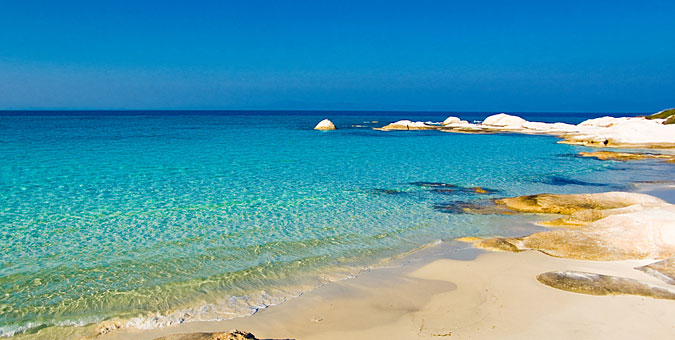 Unearthly rock formations, many of which are in very interesting patterns that inspire associations and discussions under the hot midday sun, wild beauty and exotic turquoise waters create a landscape so unique deservedly claimed the title of the best of the best  beaches of Halkidiki. 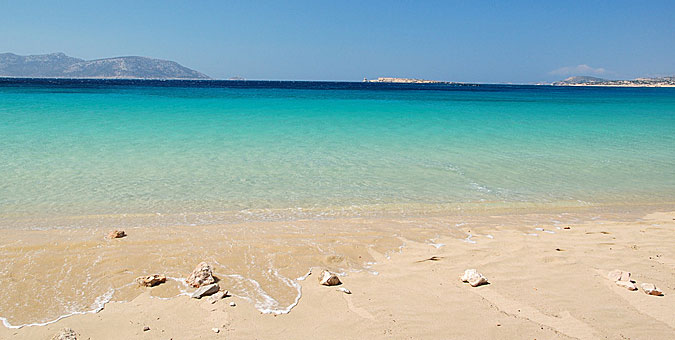 Take the Ionian and wrap in packaging (Small) Cyclades. The result will be the Italian: Sandy, free from any kind of plastic that will spoil the landscape and water the most beautiful blue that you see in the Aegean. In August the throng banishes our towel eight meters from where the waves break. But forgive her for that. 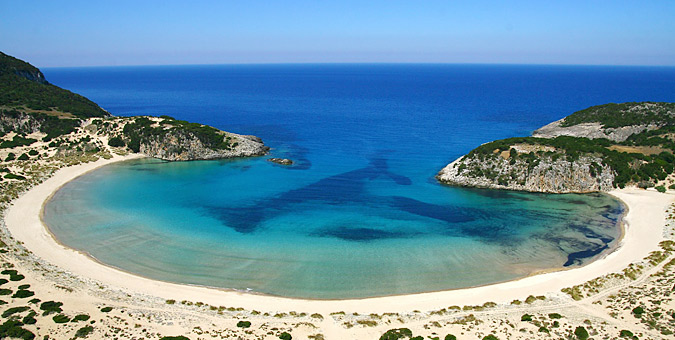 Crystal clear, turquoise waters, white sand and gentle as powder forming mini dunes at the back, and two cute hills closing the semicircle formed by sand compose the most exotic Beach in Peloponnese. So spectacular, you can even ignore the August crowds. 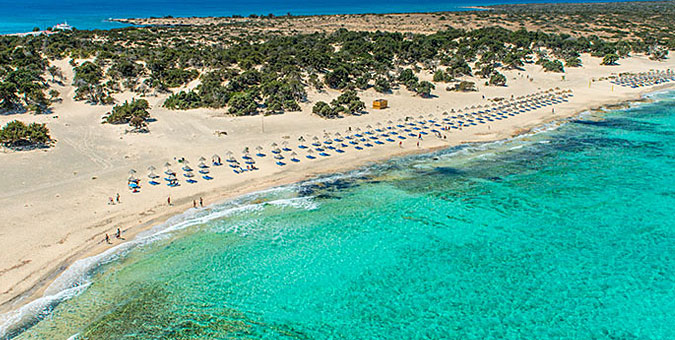 At first glance, the beach with the unreal turquoise waters would you say is pebbly. If you look closely, however, you will see that all (yes, all) of these tiny pebbles are actually thousands of small shells. And for make the landscape a little more exotic, add some sand dunes at the back and a fluffy forest of cedars centenarians in the heart of the small uninhabited island opposite Ierapetra, officially called Golden. 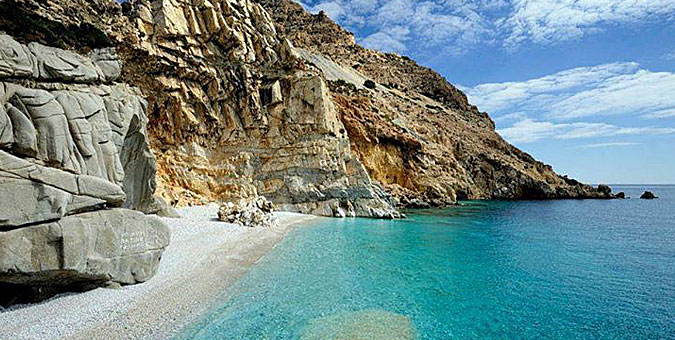 Turquoise waters, white pebbles and cliffs for frame “wild beauty” that fits like glove in Ikaria. It is no coincidence the name of the small but miraculous beach near the village Manganitis, Ikaria. A twenty minute downhill (and a climb) to heaven means necessarily your sneakers -but these waters at the end of the route so deserve more so effortlessly.

Magical Balos Gramvoussa beach,Crete, Chania
Top four beaches you have to see in Zakynthos island
Some of the best beaches in Greece (Video)

Top four beaches you have to see in Zakynthos island 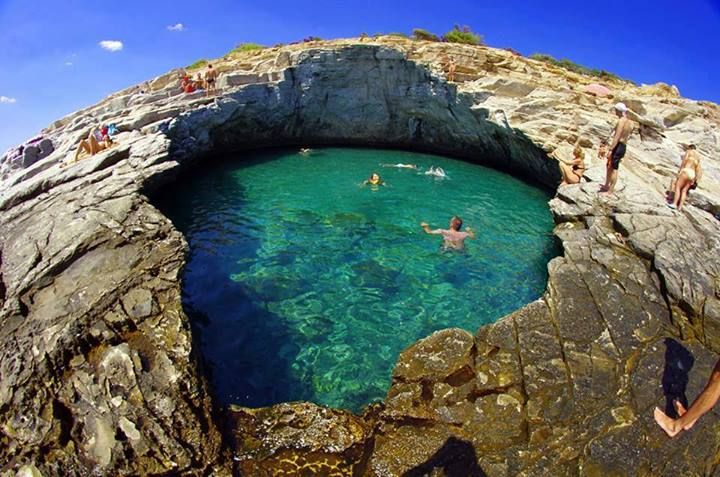